The prefecture of Kilkis is located in Central Macedonia, between the prefectures of Pella, Thessaloniki and Serres.
A significant portion of this region is the ancient Kristonia, located east of Axios River, near the springs of the Gallikos River, the ancient Ehedoros, i.e. the river that gave gifts of gold through the debris.
The valley of Axios occupies a portion of the ancient Amphaxitis, while Paeonia lies in the west, which Homer has mentioned calling the Axios river the widest and most beautiful river on earth.

At the end of the Archaic period, the region of Kilkis was passed to the Macedonians, whom, from the 8th century. B.C. and on, formed the Macedonian state within the borders of the current Greek state.
The most important cities of the region then were: Eidomeni, Europos, Atalante, Gortynia, Terpyllos, Fyska and Kallindria.
The development of the region in those years was due to the great Macedonian prime that housed the royal courts, philosophers, poets and artists.
But the region of Kilkis followed the fate of the rest of Macedonia and was subjugated under Roman domination in 148 BC. More than 250 years of the so-called Roman Peace followed, after which this region, much like the rest of Central Macedonia, was plundered by the Goths, Huns, Avars and Slavs, who were settled in the Balkans in the 6th and 7th century.
This Frankish Rule was the continuation of the Byzantine Empire, in which the region of Kilkis belonged.
Palaiologoi, despite the civil wars, offered significant projects and development in the region. With the conquest of Thessaloniki in 1430 AC by the Turks, the whole region passed under the Ottoman rule. The Turks from 1699 and on tried to replace the Greek inhabitants of the region with Turks.
After the revolution of 1821, the area of Kilkis remained enslaved, but the Macedonian Struggle started shortly after, followed by the two Balkan Wars.
In the first Balkan War (1912-1913) significant parts of Macedonia and Thessaloniki were released from the Turks. The second Balkan war that followed included major battles that took place largely in the area of Kilkis, Lachanas. It was a war between the former allies, Greeks and Serbs on one side and the Bulgarians on the other.
In this battle of Kilkis the complete release of all of today's Macedonia and Thrace was decided.
The whirlwind of World War I (1914-1918) followed.
The entire area of Kilkis was the site of intense battles during the Balkan Wars and the First World War. The victories of the Greeks and their allies in Skra and Doirani are some of the most important ones.
On the hill above the town of Doirani one can see the Memorial of the deceased, built in memory of soldiers who were killed in the battles of 1913 between Greeks and Bulgarians and during the period from 1916 to 1918, under the first global conflict. An obelisk with two lions and four columns with the names of the fallen is the memorial to honor the 10.700 British soldiers and officers killed here. Not far away lays the British and Greek military cemetery. The monument dedicated to the British fallen soldiers of the First World War. A project by Robert Lorimer. The unveiling of this monument took place on 09/26/1926
Other monuments in this region:

The signal of the First World War: 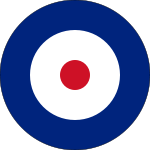 The Ionian Destruction, which marked the history of Greece and the Treaty of Lausanne (1922), which uprooted the Greeks from their homes in Anatolia determined the composition of the population in the region of Kilkis.

The subsequent course of Greece, a path which Kilkis also followed, was established shortly after the war of 1940. In the region of Kilkis, some of the most important battles of the Greek army took place.

Today the area is in general reconstruction, economic and cultural, and it guides the visitors to its rich, in terms of natural beauty, places with great pleasure.